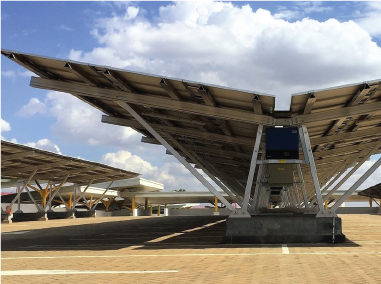 CBEA will initially invest $16 million into mini-grids serving 170,000 people, providing first-time power to homes and businesses. The focus is on markets with supportive mini-grid regulatory frameworks, such as Tanzania, Nigeria, and Zambia.

CrossBoundary Energy Access has an innovative blended finance structure that demonstrates a pathway to unlocking more than $11 billion dollars for mini-grids needed from investors to connect at least 100 million people.

Over 600 million people in Sub-Saharan Africa still lack access to electricity. CrossBoundary conservatively estimates that at least 100 million of these people can be most cost effectively served by mini-grids today, and that using private sector development and investment could accelerate the buildout of those grids.

However, so far, private sector mini-grids have not attracted the needed funding. Like all energy infrastructure projects, mini-grids require a significant upfront investment while delivering predictable returns over a 10–15 year period. To scale, the capital provided must be long-term, affordable and accept lower yield returns. Operating in an emerging asset class with smaller balance sheets, mini-grid companies have so far struggled to raise that kind of financing.

CrossBoundary Energy Access bridges the gap to commercial scale, allowing private capital to invest today by blending it with patient equity from impact-first investors such as Ceniarth and development-focused debt from institutions such as The Rockefeller Foundation. The facility also allows private investors to invest in the projects themselves, similar to how most of the world’s 1,000 gigawatts of wind and solar projects have been financed.

Gabriel Davies, Head of Energy Access at CrossBoundary, says, “Mini-grids are critical to achieving universal electrification in Africa at the least cost. We believe long-term project finance structures will allow mini-grids to scale. We’re building investment portfolios that will attract the long-term, infrastructure-type capital the sector needs from institutional investors.”

Ashvin Dayal, Managing Director, Power, The Rockefeller Foundation, says, “We’re proud and excited to be an early investor in the CBEA facility because it represents an ambitious, concrete effort to realize the comparative advantage mini grids have to serve over 100 million people in Africa. The opportunity cost of energy poverty is huge, both in terms of suppressed human wellbeing and lost economic development. We believe that CBEA brings a much-needed sense of urgency, and provides a platform for more effective public and private sector coordination that can transform the pace of last-mile electrification.”

Diane Isenberg, Director, Ceniarth, says, “We believe CrossBoundary Energy Access has developed a thoughtful, blended approach to the challenge of unlocking capital for the mini-grid sector.  We hope that as more data emerges to support the economics of the model, additional capital will flow into the sector at terms that allow us to gain increased leverage on our subordinate investment. ”

Sam Parker, Director, Shell Foundation, says, “Shell Foundation has been a strong supporter of mini-grids for almost a decade. We believe the sector is now ready for the larger scale infrastructure finance that will enable it to scale. We are supporting CrossBoundary Energy Access because we believe that its aggregation approach will catalyze the hundreds of millions of dollars of private capital that is needed, alongside public finance, to grow the sector.”

Matt Tilleard, Co-managing Partner, CrossBoundary, says, “This first close for CrossBoundary Energy Access is a first step towards unlocking the private and public capital needed to scale the mini-grid sector. At CrossBoundary we believe that distributed renewables will be crucial to powering African homes, businesses, and industries. Our role is to mobilize the financing to make it happen.”

Sebastian Deschler, General Counsel, CrossBoundary, says, “This facility is a template that can benefit the whole sector. CrossBoundary Energy Access will not invest in individual developers. Instead, it will acquire portfolios of mini-grid assets using low-cost, long-term project finance structures. This provides the sector with a repeatable model for accessing the project finance market that is needed for mini-grids to scale.”

If you are interested in regular updates, leave your contacts below

This will close in 0 seconds

If you are interested in regular updates, leave your contacts below

This will close in 0 seconds